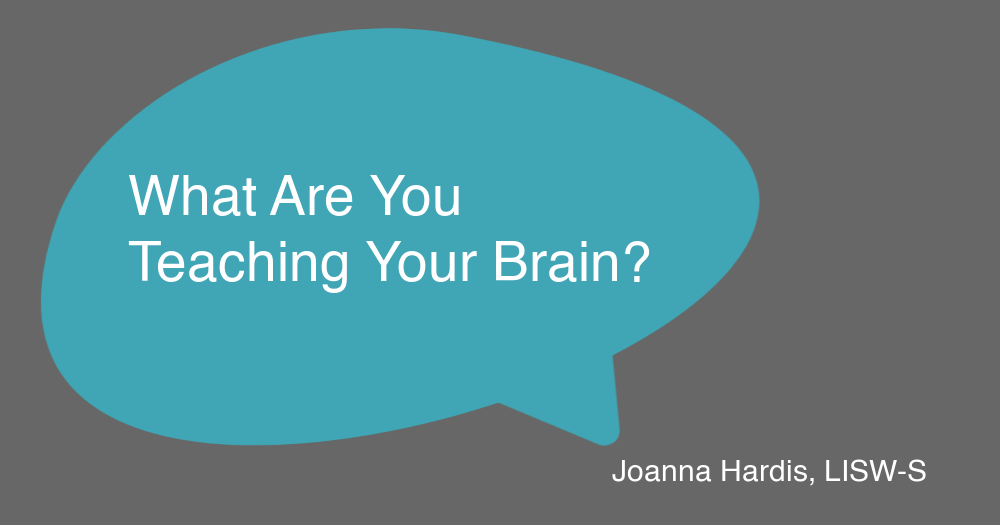 In your brain, there’s this area called the amygdala. Understanding the amygdala is important when we talk about anxiety and OCD because this little cluster is your body’s alarm system.

Part of your body’s limbic system, the amygdala has several functions, one of which is telling us when there’s danger ahead. Its job is self-preservation, so it’s always scanning for danger to help keep us safe. It’s trained by association, so it learns based on previous experiences.

It’s why we say things like, “get back on the horse” after you’ve failed at something. The longer you remember the failure, the bigger it becomes in your mind. By trying again, you teach your brain that one failure doesn’t have to stop you.

Now, I’m not a neuroscientist. The brain learns in several ways, and I’m simplifying it, so we see the effect changing our response to anxiety and OCD has on it. That being said, if you want to dive deeper into the idea, check out Hebbian Theory. It asserts that “the neurons that fire together, wire together.” It’s another reason why doing the same response when we’re anxious only reinforces the anxiety and worry — and why teaching it something different rewires a different pathway.

Back to the amygdala.

Sometimes, for some of us, this threat system goes too far. It tells us there’s danger even when there isn’t. Someone sneezes, so they must have covid. You’re going to catch it and die. You go home and shower. And shower again. You scour the internet for reassurance. You scan your body for symptoms repeatedly and refuse to leave the house again.

You’re teaching your brain that being in the vicinity of a sneeze means not only that you’re likely to die but, more importantly, that you’ve likely exposed everyone you love, and they’ll die too.

But what if, instead, you acknowledged that while it’s possible that sneeze gave you covid, it’s not probable. You don’t shower or Google. You don’t scan your body for symptoms, and you go out with friends, just like you’d planned.

You’d then be teaching your brain you can handle the uncertainty — because you’re “sure enough” right now.

Sounds so simple, doesn’t it? Simple, but not easy.

It’s important to know that thinking your way into different behaviors doesn’t work. You have to act your way into them. We teach our brains through action.

This is one reason why talk therapy isn’t the most effective treatment for those with anxiety and obsessive compulsive disorders. Talking about things isn’t teaching your brain how to respond, and replaying the same scenario (for the umpteenth time) is rewiring those neurons and making that pathway stronger. Without even realizing it, the therapist has helped make the mental rituals stronger.

For anyone with excessive worry, irrational fear, an anxiety disorder and/or OCD, you engage in a behavior in an attempt to get rid of the discomfort. And it works, temporarily. As the symptoms get worse, however, you start to feel hopeless and embarrassed.

Knowing a feeling is irrational doesn’t necessarily help because we feel powerless to control our response, our behavior. It’s in learning new behaviors, with the help of a therapist trained in exposure and response prevention therapy, that gives you a long-term, new response.

The next time you feel anxious:

Notice what’s NOT on the list of things to do:

Most people’s amygdala will misfire sometimes and sound the alarm when there isn’t any danger. For those who find themselves stuck in the cycle, there’s hope in knowing you can teach your brain new tricks. Reach out if you want to talk about how.